A few days ago, I was in a high state of excitement because I had two cacti that looked like this. 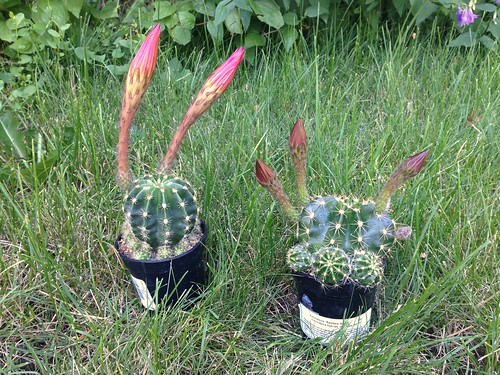 Buds!  These are two hybrid Echinopsis cacti, bred by a commercial grower.  The line is called 'Rainbow Bursts', and they are produced by crossing Echinopsis and the cactus formerly named Lobivia (now lumped into Echinopsis). Since there are many lines of this hybrid produced from seed, the flower colors will vary widely between plants and you never know what you're going to get. I have... ummm... several... of these, because each one might be different and I can't resist!

Yesterday, the first one opened. 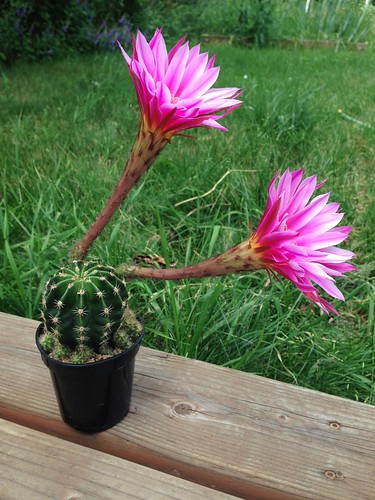 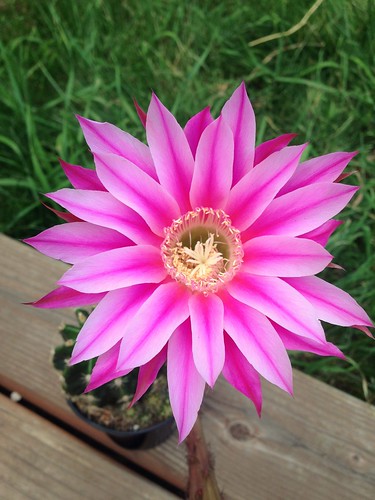 Can you even believe this flower is real?! 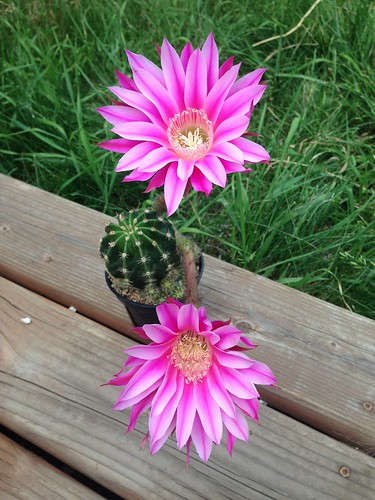 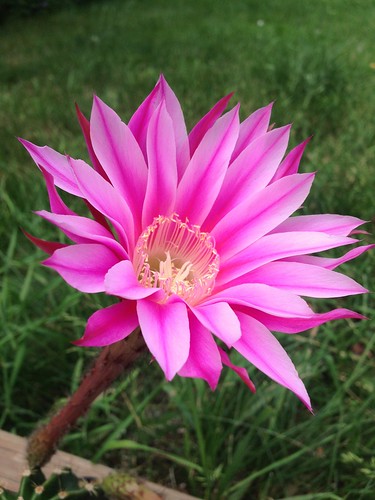 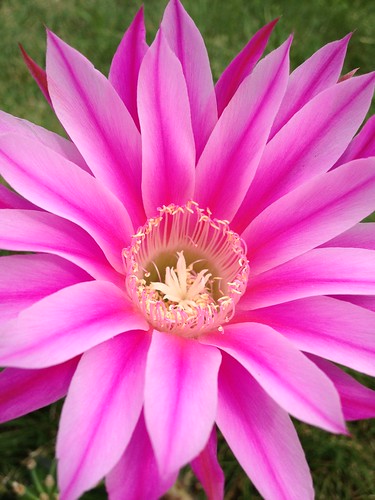 Then today, the second one opened.  It's not quite as striking as the first one, but is really beautiful. 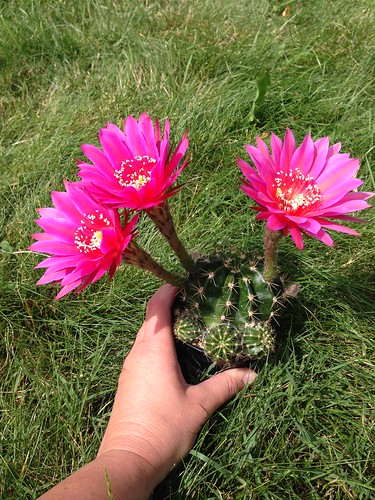 Up close you can see that the center of each petal has a stripe of orange blended into the shocking pink. 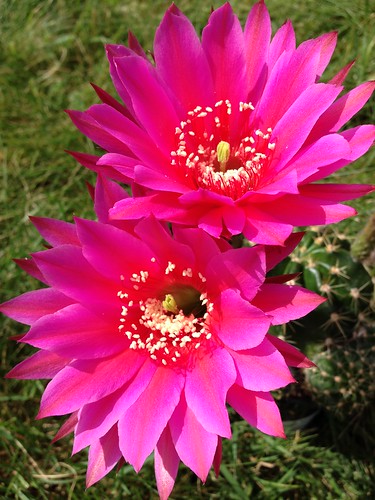 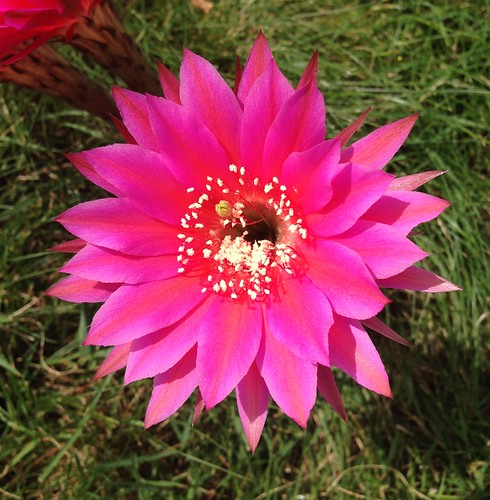 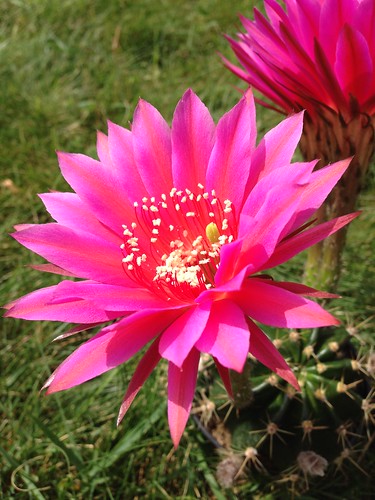 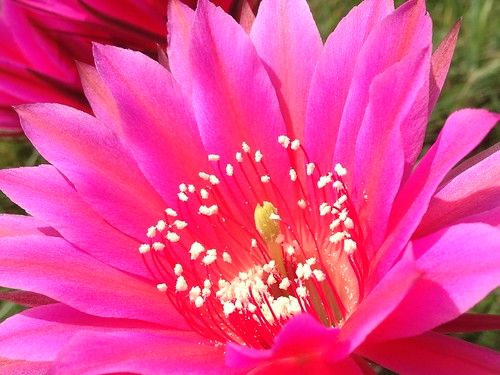 These plants did not disappoint.  They wildly exceeded my expectations; I was hoping for flowers that weren't plain white, and some striping would be a great bonus.  Both plants nailed it. The only way they could be improved would be to have a fragrance and for the flowers to last more than one day.

I can't wait to see what the rest of my 'Rainbow Bursts' blooms look like.
By Sue at 5:01 PM
in: cactus and succulents