The last amaryllis, and a roundup

The last amaryllis of the season opened yesterday.  This is Minerva. 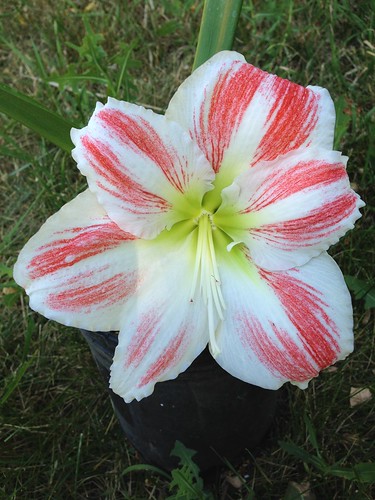 Strangely, it looks completely different from how it looked the first time it bloomed in January 2016. 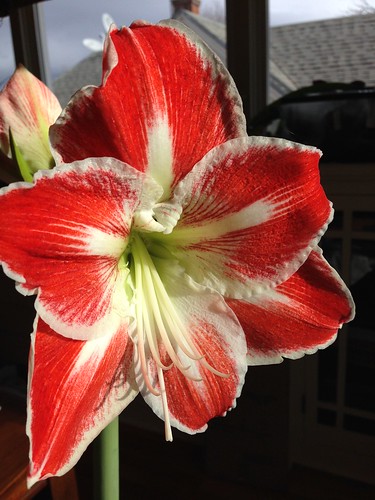 Isn't that weird?  Such different flowers from the exact same bulb.  Must be a temperature thing.

So here's the amaryllis roundup for this year.  I had 38 bulbs that flowered, giving me 64 scapes and 259 flowers. I have 11 other bulbs that did not bloom this year, for whatever reason (still too small, travel trauma, etc.).  The flowers on the first bulb opened in September 2016 and bloomed for three weeks, then there was a two month break, and then I had flowers continuously from the first week in December 2016 until mid-July 2017.

It was a lovely display. 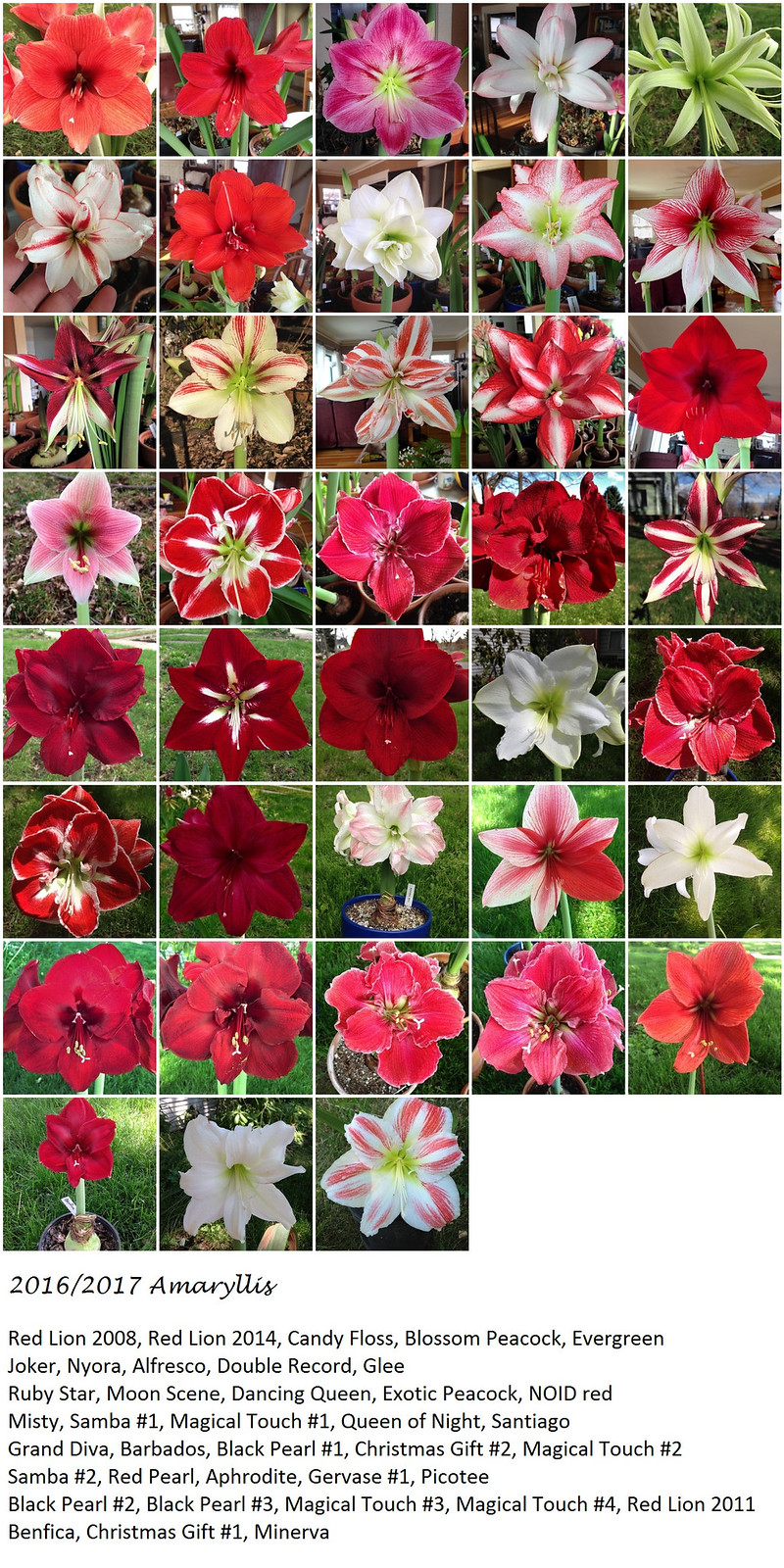